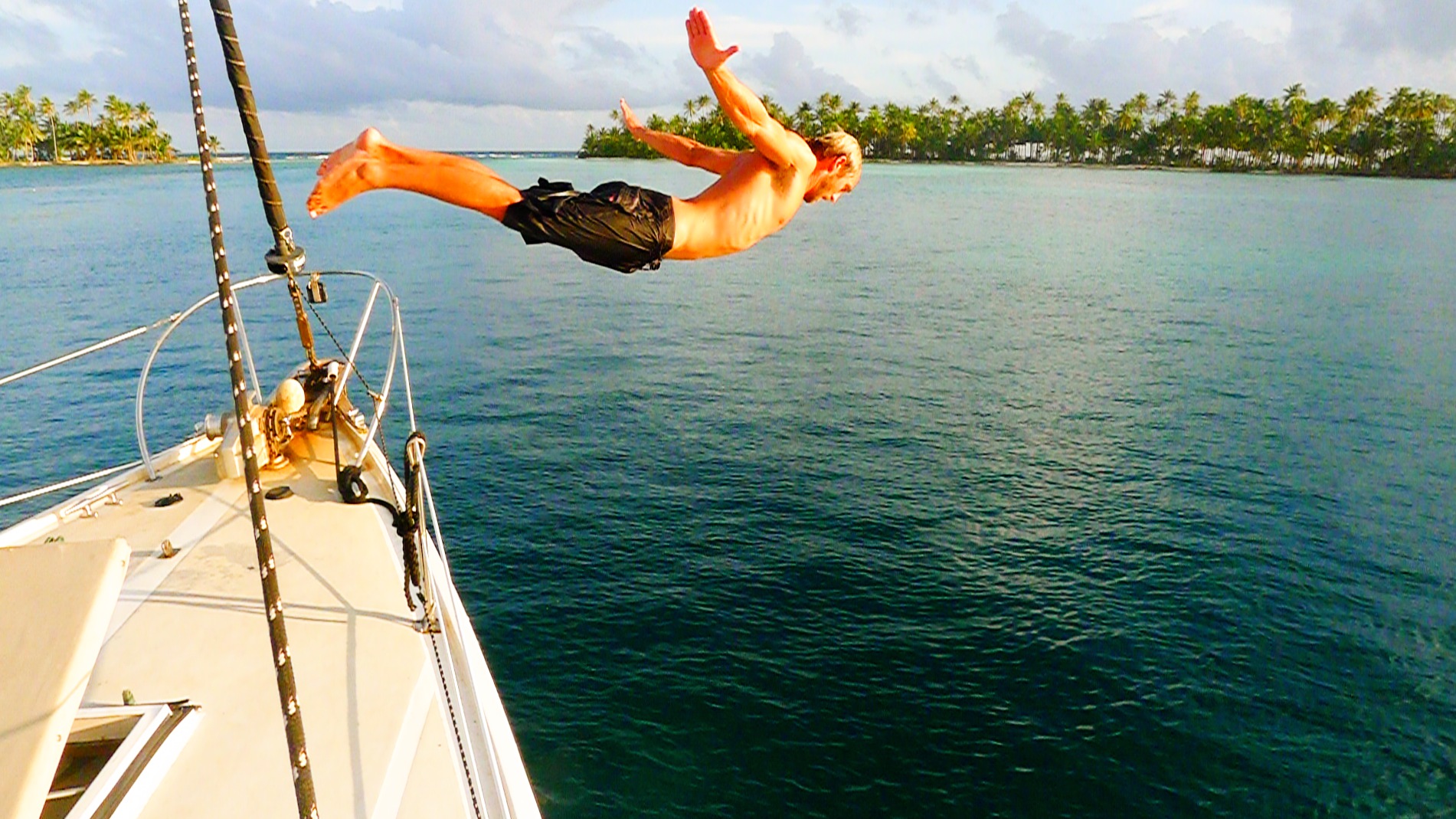 A short movie (soundtrack recorded during the trip with Gwen & Ariane – it sounds better with headphones!):

A friend I traveled with through a few countries told me of this boat that sails from Panama to Colombia, while looking for waves. I found it when I got to Panama City, as it was about to leave for its last crossing this year. It was meant to be smooth sailing from Puerto Lindo to Cartagena, surfing a few waves in the magnificent San Blas islands, and getting to Cartagena 6 days later. We did get there eventually, but…

We did get stuck in a night storm

We did have some mechanical issues

We did drift away with no wind and no motor

We did spend 11 days getting to Cartagena instead of 6

We did…not get any waves

We did…not have toilets on the boat after 4 days

We did have 12 people on board instead of 8

We did have a cat too

We did get some heavy rain every day

We did have a socially challenged captain

We did sleep in a magnificent traditional Kuna village

We did spear fish or snorkel most mornings before brekkie

We did swim with a 6-foot shark

We did run out of rum

We did have an unforgettable time

We did become the best of friends

8 thoughts on “Sailing to Colombia, or trying to……”