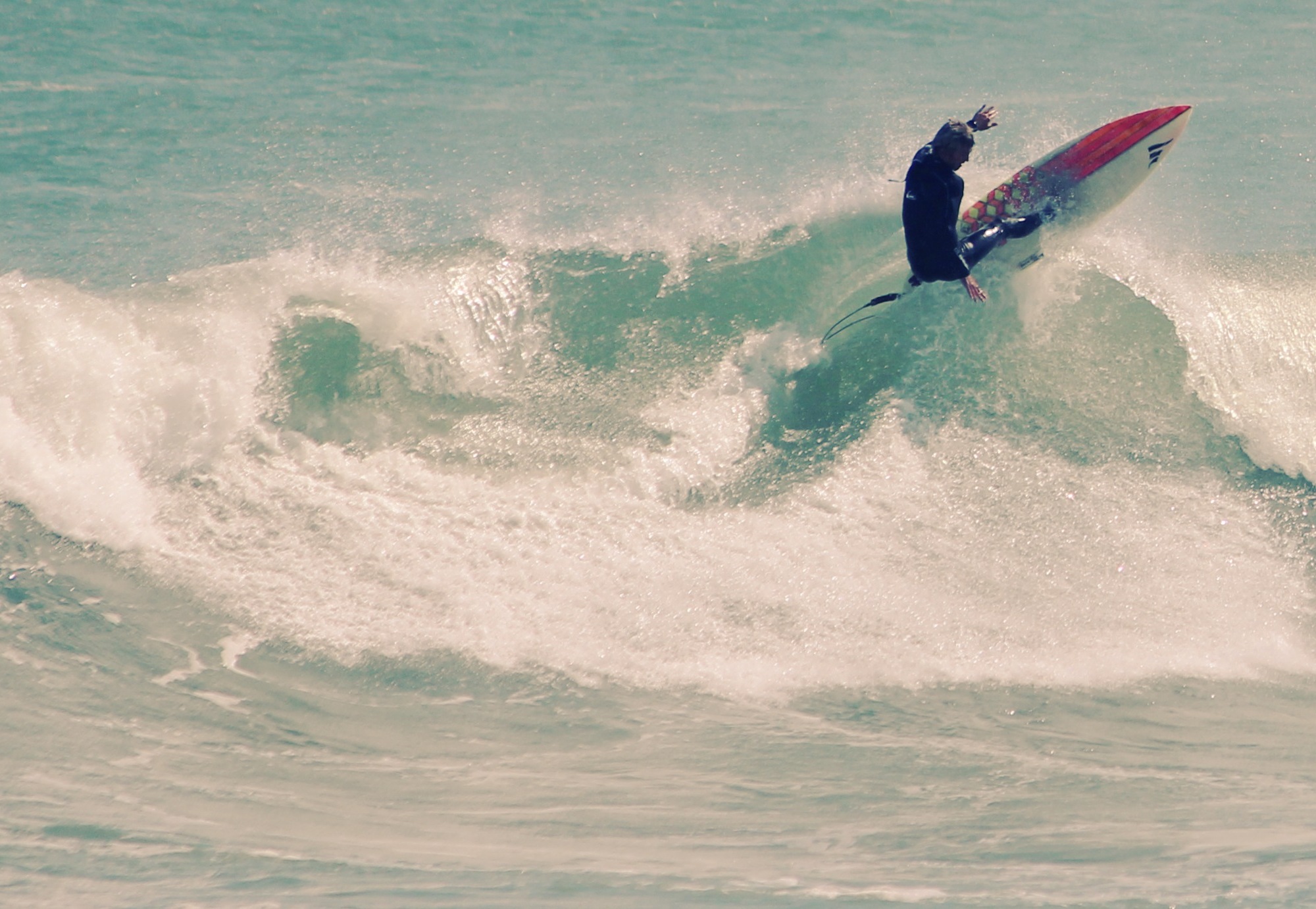 Oil wells and oil platforms all around, originally owned by the British.

Here is a short movie on this unusual place:

I left huanchaco as a big swell was forecasted in Lobitos..it didn’t happen until a week later. This place is busy with many Brazilian,  Ecuadorian and Australian surfers… There was perhaps 100 surfers in a village of 500 people, which made the line-up pretty crowded. To top it put, 60 pro girls were their for the ASP qualifications. It was definitely fun but too competitive for me.. having people surfing there to make money creates a strange vibe, but the level was inspirational.

Lobitos is very unsual. It looks abandoned, but is quickly being rebuilt for surf travelers. There are no shops or food stores … but a couple of people do have a few cookies and cerveza to sell. I recommend staying at Surf Natural, owned by Kike, a  super friendly Peruvian from Chiclayo. It’s 27 soles a night and 11 soles for each meal. The food is great, the place is really well set up and they always have good tunes playing all day long.

If you want to have a great meal, there is one “restaurant” near the jetty, in an old army building…

For surf forecast, check out www.olasperu.com , or www.windguru.cz. Many people use www.Magicseaweed.com but it can be pretty inaccurate.

For info on Peru’s surf’s spots, I saw a couple of locals using the Peru guide from Surf The Planet.