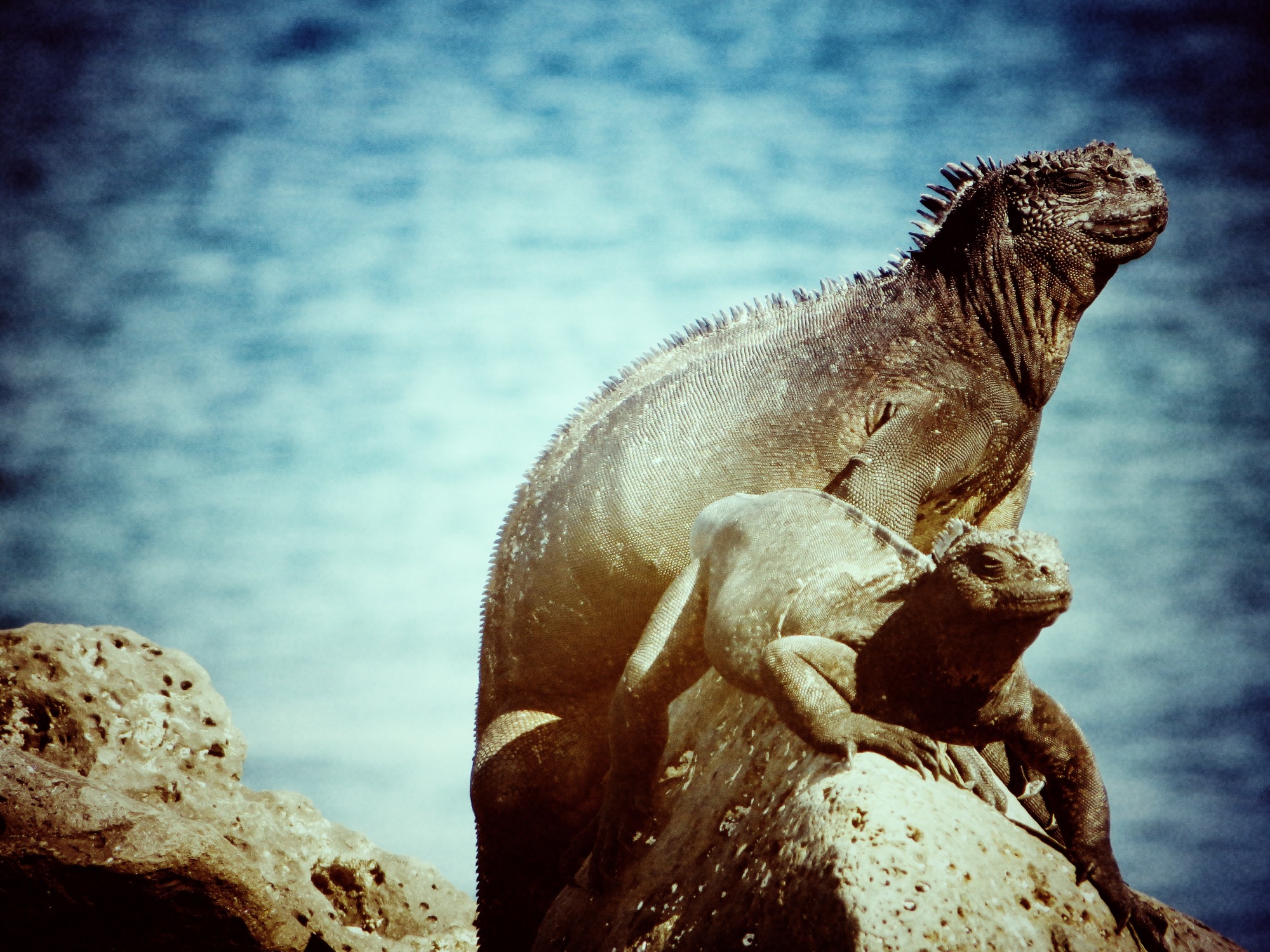 How often do you see and swim with eagle rays, manta rays, sting rays, hammer head sharks, balloon fish and sea turtles in the same day, before going for a surf surrounded by sea lions and sharing waves with the coolest Israeli, German and Brazilian guys…how often does that happen? I was going to elaborate on this but my last day in the Galapagos made me changed my mind: I need to share with you what happened on that one perfect day…

I was flying out the following day to head to Chile. (In fact, I was meant to have done that 3 days ago, but I got my dates mixed up and realised on the Sunday that my flight  was the previous Friday. Needless to say I felt pretty stupid trying to explain to the airline in Spanglish that I was 2 days late!) I was on the main street of San Cristobal with my German friend, fixing our boards before packing up, when an interesting local rocked up. We chatted about his life in the Galapagos, about his soon-to-be-wife (an Australian lady he met 6 weeks before…), until the small swell lines rolling into the bay caught our attention. We realised that a wave called Tongo Reef, that hadn’t worked for the past 2 weeks, was now showing some promising signs… we could see it in the distance, so we stopped packing and off we went.

We got there after a 30 min walk, the 3 of us. Our local friend was calling us into the best waves (how often does that happen?), we were cheering each other on and feeling pretty lucky. We also felt a bit guilty because all our mates had left the day before to go and find better waves in Peru or mainland Ecuador as the conditions had been average for a week.

The place was magic, I counted 3 sea lions surfing on one wave and almost hit a turtle while cruising on the face of a small wave. It was like surfing in a Finding Nemo movie! As we were waiting patiently for the next set, 3 Orcas swam passed 5 meters in front of us. It was hard to believe. Such big animals, all black with white bellies, quietly passing by! I instantly remembered the movie Orca that, like Jaws did with sharks, depicted these animals as ultra dangerous. They might not be that bad, despite being called Killer Whales, but we still decided to paddle back in pretty quickly! Our local friend couldn’t believe it either.

We then paddled to another wave further along the point were another local surfer explained that he had never ever seen Orcas. We were lucky! We caught a few more picture perfect waves until it got almost dark and decided to walk back using a “shortcut”, according to our local friend…sometimes you need to break the rules! We followed him excited like two 12-year old about to have their first cigarette! We walked through bushes until we reached the tarmac of San Cristobal airport! It was nothing really but still exhilarating: sun-set on the tarmac of the airport, trying not to be seen by the security, after a great unexpected surf with orcas… we walked along until we reached the airport, crossed the large area where planes, fire fighting trucks and other airport equipment are parked, hoping not to be seen by security (there are no flights in the evening!), climbed the fence and walked back to town! Reading this it doesn’t sound that incredible…but it felt it!

Go to the Galapagos.